This weekend is the first holiday weekend of the summer, friends and families will gather to eat, drink, and enjoy each other’s company. A lot of people go to the shore, back home to visit the parents, whatever it is- you’re going to be chit chatting and making small talk. How often does pop culture come up in conversation? Whenever I try to talk to my mom about the ridiculousness of the Blac Chyna/Rob/Kylie/Tyga situation or anything Kardashian, she usually has no clue what the heck I am talking about.

Needless to say, Patty (my mother) did not really care about the current relationship drama with the Kartrashians. She thinks the Kardashians are the most overrated, ridiculous people (which, I mean, they are). But I am going to be spending my whole weekend with her and other family, so they’re gonna need to care because it’s probably going to come up in conversation. I want to talk about it and I want them to understand the full dynamics of this situation. So if you need any clarification, now’s your chance to freshen up on your pop culture relationship drama.

It’s a pretty complicated and messy situation between the Kardashian/Jenners, Tyga, and Blac Chyna. If you do not watch Keeping Up With the Kardashians you really aren’t going to have a clue as to what’s going on. But seriously, it is all so fascinating! These people’s lives are just so outrageous. I admit, I am a pop culture addict, and my family is going to have to deal this weekend.

So let’s begin, I think this situation is best explained via diagram. There are too many cross-connections, ex-girlfriends and ex-boyfriends, marriages, and babies to keep track of.

Let’s start from the beginning. Back in the day, when Tyga was filming his music video for “Rack City” he met a tiny girl with a big booty named Blac Chyna. Tyga and Blac Chyna end up dating for a few months, Chyna gets pregnant, and the two now have a son, King Cairo together.

Fast forward a few months later and Tyga and Blac breakup and move out of their Calabasas mansion together. Suspiciously shortly after their breakup, rumors that Tyga was hooking up with then 17-year-old Kylie Jenner started circling around. Tyga vehemently denied any sexual relationship with Kylie at first, but eventually it was pretty obvious that the two were together. Once Kylie turned 18 last August, the two flaunted their relationship on social media, public appearances, and even one of Tyga’s music videos.

Tyga got a tattoo of Kylie’s name on the inside of his right arm and the two had even discussed marriage. Throughout their relationship, there were rumors that Tyga hadn’t been faithful to Kylie which eventually led to their breakup which occurred at the beginning of this month (May 2016).

Meanwhile, Blac Chyna had started secretly dating the youngest Kardashian, Rob, who prior to their relationship had been reclusive from the media and the world for the past couple of years due to depression and substantial weight gain. The two hinted at their relationship when Blac Chyna posted a picture of her wrapped up in the arms of a man who’s tattoos were identical to that of Rob Kardashian’s. On top of that, Blac Chyna and Kim Kardashian were former best friends for years. It is thought that Kim’s half-sister, Kylie’s relationship with Tyga had something to do with their fallout.

Who could forget the infamous mirror ‘belfie’ the pair posted that had clearly been photo-shopped.

So now, Kylie’s ex-boyfriend’s baby mama is engaged to her half-brother and pregnant with his child. And Kim’s ex-BFF is now marrying and pregnant with her brother’s child. It is thought that Kris Jenner had encouraged Kylie to break things off with Tyga once news broke of the engagement and pregnancy. With Chyna about to become a part of the family, and Tyga’s unpredictable behavior and cheating rumors, it would seem it would be better for Kylie to cut her losses while she’s ahead.

Tyga was said to be heartbroken over the breakup, but was seen no less than a week later partying it up in the Cannes with a beautiful model that seemingly resembled Jenner. Kylie has also been rumored to have moved on very quickly. Kylie and Tyga’s breakup was probably for the best. If her and Tyga stayed together, her and Rob would have ended up sharing the same step-child (King Cairo).

Kim Kardashian’s husband, Kanye West, used to date a former stripper and video vixen that goes by the name, Amber Rose.  Amber Rose and Kanye had a very hostile breakup and the rapper still hates on Rose to this day on his albums.  After Blac Chyna and Tyga broke up and he began dating Kylie, Amber and Blac formed a bond with each other and shortly became the best of friends. The two supported each other through media bashing, gossip, and rumors. How will Amber feel now that her BFF is about to become the sister-in-law of her ex that she despises? Oh, and Amber Rose’s ex and baby daddy, Wiz Khalifa, is rap buddies with Tyga, Kylie’s ex.

No wonder the family has a whole one hour show dedicated to “keeping up” with them; they have a lot of crazy stuff going on! Regardless of the issues that Blac Chyna and Rob’s relationship has caused, Rob seems to be doing a lot better. Rob has been seen in public more times in the last few months with Blac than in the last few years. She seems to be a good influence on him and encourages him to exercise and eat healthy. Rob stepped out in May looking slimmer and happier than ever.

Kim decided to make amends with her former friend, Blac, and encouraged her sister Kylie and Blac to talk things out as well because at the end of the day, her brother is happy again and that is all that matters. Rob had previously gone into ‘hiding’ from the media and hadn’t made any kind of public appearance in years. The family’s concern for Rob and his wellbeing have been played out on their reality series, Keeping Up With The Kardashians. However, Rob hasn’t filmed for the show in years.

Despite the unusual and unconventional relationship between Blac and Rob, the family has decided to support him and only wish him the best. It will be interesting to see how the dynamics change once Blac becomes the future, one and only, Mrs. Kardashian.

Blac has already been keeping her fans updated on her pregnancy- uploading a photo to her Instagram showing that she had already gained 20 pounds!

WHEW. Okay, I think that covers everything. Well kind of. Are you ever really done talking about the Kardashians? Don’t even let me get started on the whole Scott and Kourtney thing, or Khloe and Lamar, or I will keep going for days.

So you know, good luck explaining that to your grandma as you force her to listen to you this weekend.

If only all grandmas were as bad ass as Grandma Baddie Winkle. I’m sure she gets it. 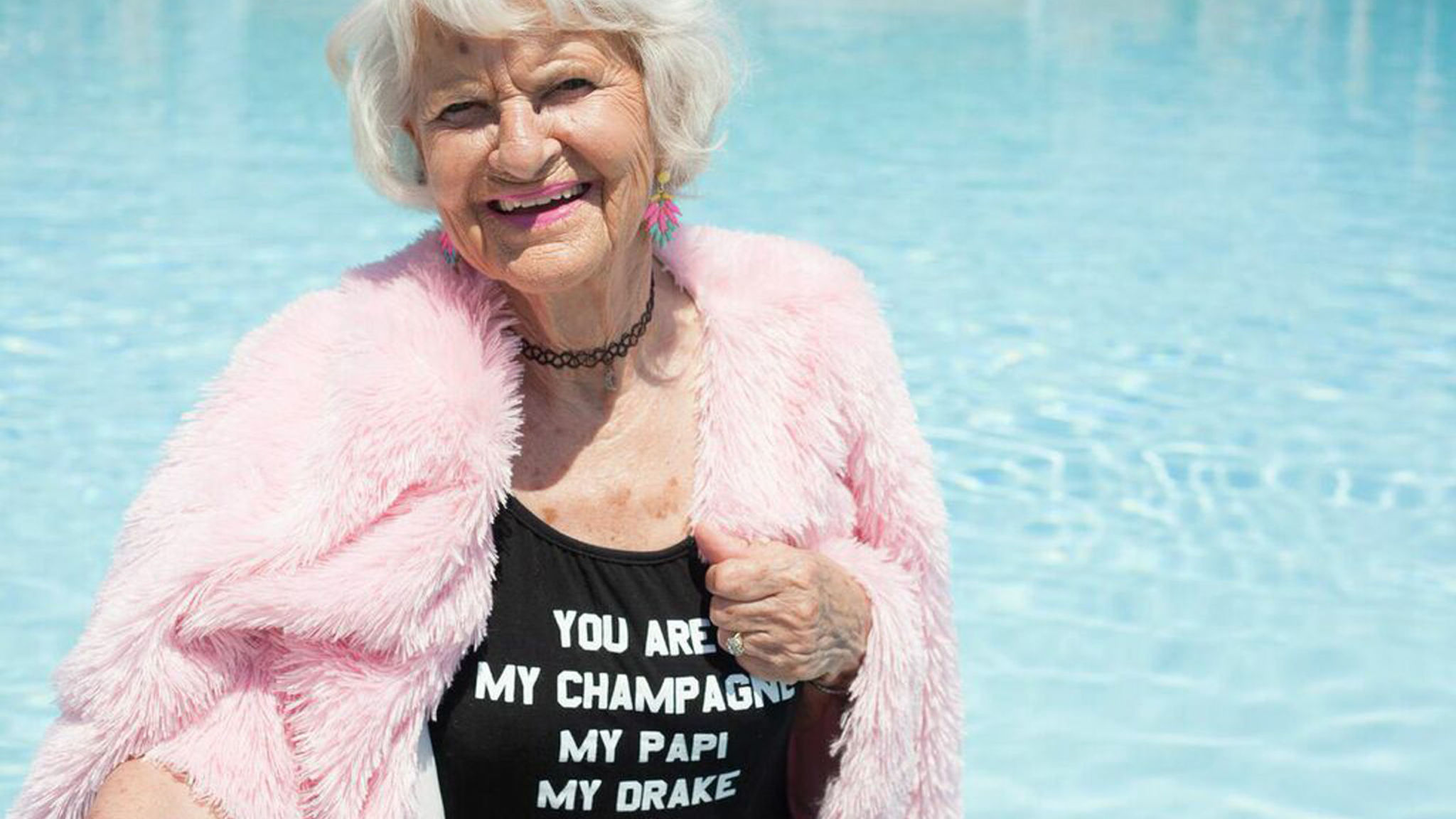